For over a month, a Ukrainian MiG-29 pilot known as ‘Juice’ has been giving interviews to media outlets about how Ukrainian aircraft and air defence systems have managed to keep the Russians at bay. With MiG-29 and Su-27 fighters, the Ukrainian Air Force has accomplished this.

The Su-27s are generally utilised for air-to-air missions, while the MiGs are used for air-to-ground and air defence missions. Although the Su-27 is a more formidable air defence asset, early losses of aircraft units have reduced the fleet’s size, which was already less than the MiG-29 fleet.

A MIG-29’s basic air defence role entails monitoring an area in pursuit of an aerial danger, ‘free hunting,’ or just forcing enemy aircraft out of the region. 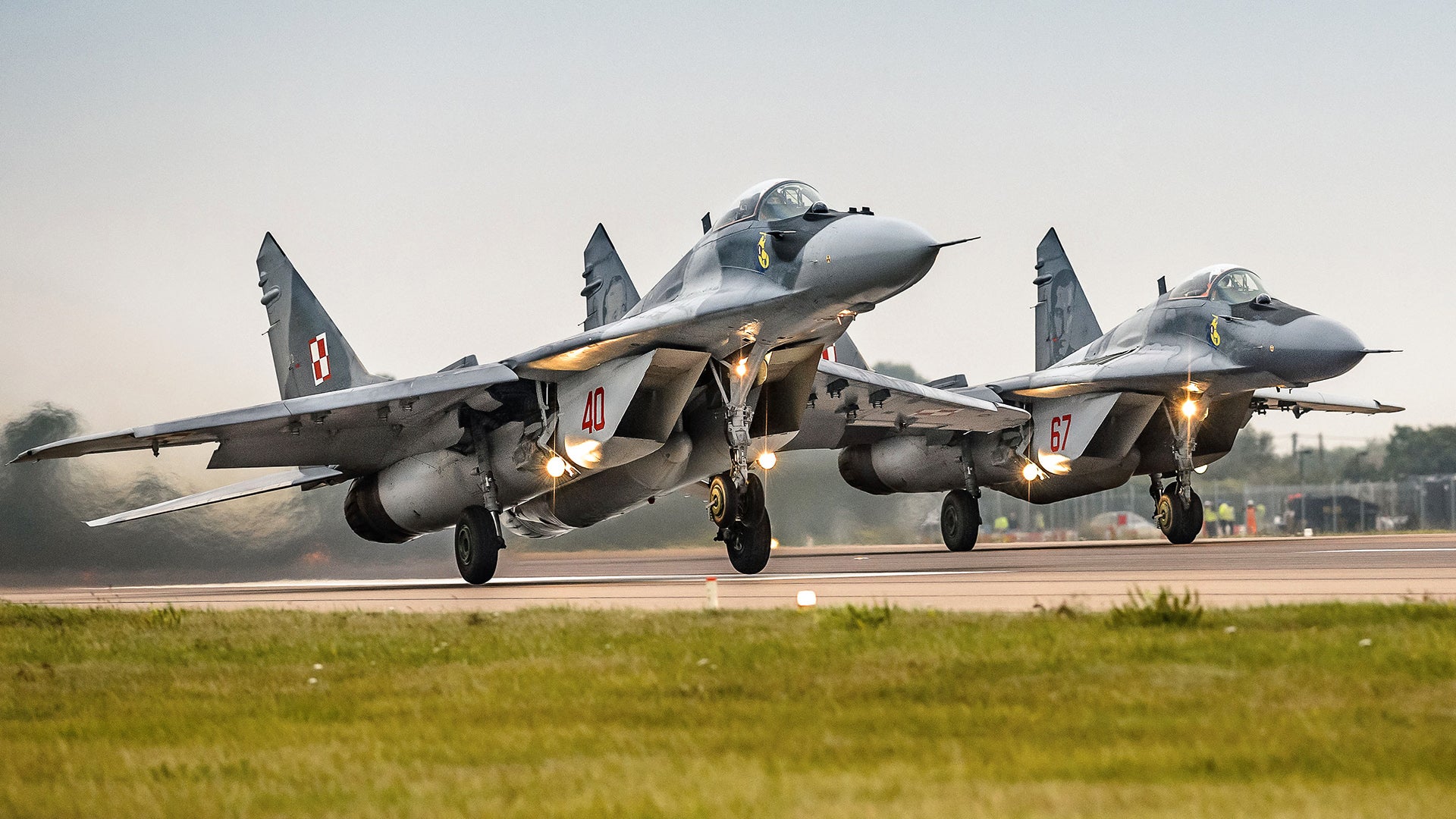 “They don’t want to get into problems if they see us on their screen, especially if we have a few guys monitoring the area.” As a result, we push them out of this area,” Juice said in an interview.

The MiGs are also charged with destroying drones and cruise missiles that are difficult to detect, in addition to Russian manned aircraft. Ground-based air defences (GBADs), on the other hand, Juice believes are more effective against them.

“Ground air defences, I believe, are far more capable against them.” Every day, they kill a large number of cruise missiles.

Drones are a significant issue for us, but I think it’s a greater one for them because our Bayraktars are far more capable than their UAVs,” Juice says.

Manned fighters such as MiGs work closely with GBAD units to form a multi-layered air defence network that includes sectors divided into different engagement zones for the fighters and GBADs to prevent friendly fire, and the manned fighters can also try to push Russian aircraft into GBAD kill zones where “the more stupid ones” can then be picked off, according to Juice.

This is the first time in decades that the world has seen a large-scale conventional conflict that involves the aerial domain, and many young pilots like Juice have never seen combat.

Older pilots who fought in the eastern Donetsk and Luhansk regions during the height of the fight in 2014, before to the signing of the Minsk agreements, have since passed on their knowledge to new graduates joining the air force.

Since 2014, the training has emphasised flexible tactics, such as keeping planes moving from one airfield to another and flying complex flight patterns to limit the chances of the adversary catching them on the ground as part of their air interdiction activities.

“They had a lot of unique experiences. Of course, we use that in our training: low-altitude flights, alternate airfields, and so on,” Juice, one of the ancient war veterans, explained.

Also, thanks to lessons gained from the US Air Force, Ukrainian pilots got some experience with large-scale high-intensity conflict scenarios, particularly during the ‘Clear Sky’ series of drills in 2018, which was Ukraine’s first-ever joint multinational exercise.

The MiG-29s and Su-27s sparred with F-15Cs from the California Air National Guard’s 144th Fighter Wing during Clear Sky, with the F-15s imitating the tactics and performance of Russian Su-30 and Su-35S Flanker aircraft.

Despite this, the Ukrainian pilots were “sometimes quite effective,” according to Juice, “simply using our flexibility and creation of non-standard decisions.”

“We ran a lot of (basic fighter manoeuvres) against their MiG-29s and Su-27s with our F-15Cs, and to be honest, we could tell right away that their pilots were really good.” They are strategically innovative, know their airframes, and are aware of their deficiencies.

They fly ancient jets, after all. The War Zone spoke with retired Jonathan ‘Jersey’ Burd, the chief planner for the 2018 Clear Sky exercise. “Our F-15s, for example, are ancient airframes, but they’ve been regularly upgraded with modern avionics,” he said.

Above all, the Ukrainian pilots gained a better grasp of NATO fighter pilot thinking through their sharing of strategies to resist Russian tactics, which has made a significant difference as Russian forces have not been able to dominate Ukraine’s airspace even after one month.

For obvious reasons, the Ukrainian Air Force’s tactics and procedures in this fight remain classified, but the war has undoubtedly raised the bar on a wide spectrum of established air combat theory and ideology.

“Any concepts, assumptions, or methods we thought were set in stone were put in place by a country that hasn’t faced a peer threat in a long time,” Jersey continued.

“Let me be clear: we educated the Ukrainian pilots to be professionals, but aerial conflict is unavoidable.” They are now the experts.”

In the meanwhile, the Russian Air Force has largely relied on Su-30 and Su-35S aircraft for air-to-air missions.

The Su-35s are the most hazardous, according to Juice, due of their powerful radar and long-range R-77-1 air-to-air missiles with an active radar seeker, which offer ‘shoot and forget’ capabilities, which is not available in the Ukrainian arsenal.

“It’s quite capable, regrettably for us,” the R-77-Juice 1’s remarked. “Our biggest concern is a shortage of fire and forget missiles. Our radars couldn’t provide the same range [as the Russian jets] even if we had them.”

The discrepancy in the number of Russian and Ukrainian aircraft is also a significant issue for Ukraine.

“Sometimes they’re just trying to fatigue us by flying near the border to get us to scramble, just to exhaust our personnel with these fuc***g idiotic night flights,” Juice explained. Because Russia has a significant numerical advantage, this strategy makes sense, as Ukrainian jets can only be in one spot at any given moment.

In addition, the Russians have an advantage in air-to-air missions, “because it’s sometimes one vs 12 or two versus 12,” according to Juice. “They have situational awareness, radar range, missile range, missile [guidance] principles, and electronic warfare advantages, but they still launch so many jets against one MiG.” 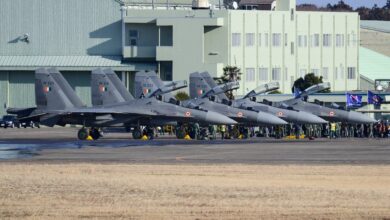 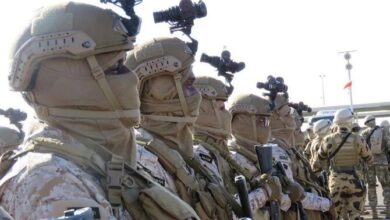 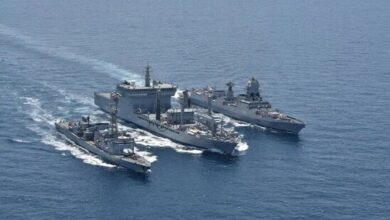 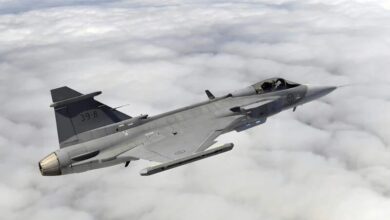