The Indian Air Force (IAF) is thinking about replacing its Antonov-32 (AN-32) planes with C-295s to modernise its transport fleet when the Soviet-made workhorse is ready to be taken out of service sometime after 2030, senior officials with knowledge of the situation said on Friday.

The C-295 medium transport aircraft will be made in India by Tata Advanced Systems Limited (TASL) and the European company Airbus Defence and Space. It will replace the IAF’s fleet of Avro-748 planes, which have been in service since the early 1960s and are getting old.

One of the officials mentioned above, who asked not to be named, said that the air force is coming to agree that the C-295s are the best choice to replace the AN-32s.

The Indian Air Force (IAF) has a fleet of more than 90 AN-32s that are used to support troops in Ladakh and the Northeast who are stationed near the country’s borders.

“The C-295 can do the jobs that AN-32s are supposed to do and can be a good replacement when the time comes.” Even though the air force is not in a hurry to replace AN-32s because they won’t be phased out until 2030, the C-295 fits the bill,” said a second official who also asked not to be named.

Some of them were upgraded in Ukraine ten years ago to improve the electronics and extend the life of the engines. Several others are being upgraded at an IAF repair facility in Kanpur.

The project to replace Avro has been going on for more than ten years. India’s top defence buying body, the defence acquisition council, gave its acceptance of necessity (AoN) in 2012 for 56 new planes to replace the Avro planes. Under India’s rules for getting military equipment, the first step is for the council to give an AoN.

Prime Minister Narendra Modi laid the foundation stone for a manufacturing facility for the C-295s, which are expected to replace the Avro aircraft, on October 30. This was a big boost for the government’s Make in India initiative.

The event happened because the defence ministry signed a contract with Airbus Defense and Space for 56 C-295 planes worth 21,935 crores last year. People think that TASL’s work on the contract will help the government’s Atmanirbhar Bharat (self-reliant India) campaign.

People thought this was a big deal because it was the first time a private consortium would make a military plane in India.

“By the time the AN-32s need to be replaced, the IAF would have already received the last of the C-295s as Avro replacements. Getting C-295s instead of AN-32s will make sure that production keeps going,” the second official said.

Air Marshal Anil Chopra (ret. ), director general of the Centre for Air Power Studies, said that the C-295 is more than capable of taking the place of the AN-32 when the air force starts getting rid of them in ten years. “If C-295s keep being made in India, deliveries will be on time and there will be more stuff made there. Planning ahead makes sure that you are ready. “The AN-32 is getting old and will eventually need to be replaced,” Chopra said.

The C-295 has a top speed of 480 km/h and can carry up to 9 tonnes of cargo or 71 people (or 45 paratroopers). It can also work from short or unprepared airstrips, has a back ramp for parachuting troops and cargo, and will improve the IAF’s ability to get things where they need to go.

Air Marshal Sandeep Singh, vice chief of the Indian Air Force, said in October that it was better than the Avro and AN-32 transport planes and used much less fuel.

Officials say that in addition to the 56 planes that have already been ordered, the C-295 facility in Vadodara will be able to meet the air force’s other needs and take orders from outside the country.

Pentagon Shows Off Its New Stealth Bomber, The B-21 Raider 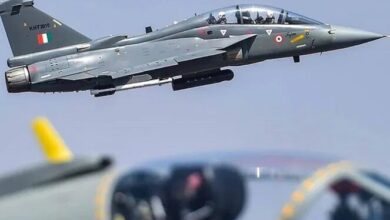 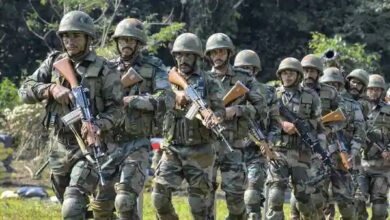 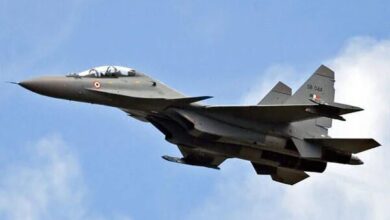 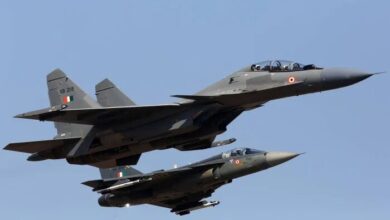